I go in and out with Liberty fabrics – I’m having an ‘in’ time at the moment and can’t get enough of them. Strangely enough I saw the red and pink Liberty fabric in all its bright and British glory in a Parisian haberdashery shop this summer and have been coveting it ever since. I had to have some. And I’ve acquired the same design in the purple colourway too – plus two new ditsy florals from the A/W 2014 range. They are just adorably pretty and have so far made these sweet lavender pillow stacks and a lavender cat. I’m about to finish a cloud, a mini lavender bird and a couple of phone cases. All will be coming with me tomorrow to the Made in Shropshire ‘Fair in the Square’ – it’s Shrewsbury Flower Show weekend too, so that means it’s either going to be much busier….or much quieter……such are the vagaries of markets, especially during summer holiday time. You just never can tell! Do pop along to The Square anyway, if you’re about – we’re there from 9am-5pm! Then I’ll be adding some pieces into my Etsy and Folksy shops next week…. 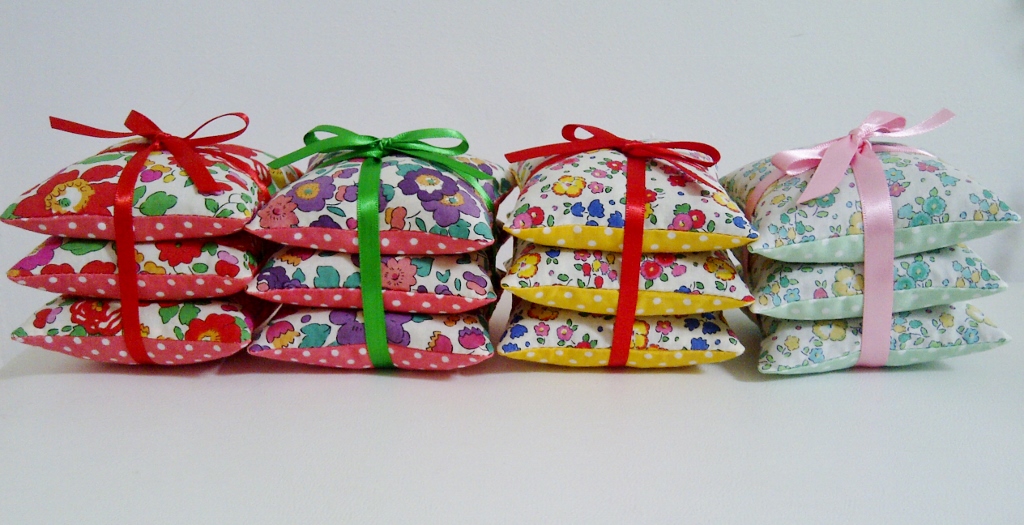 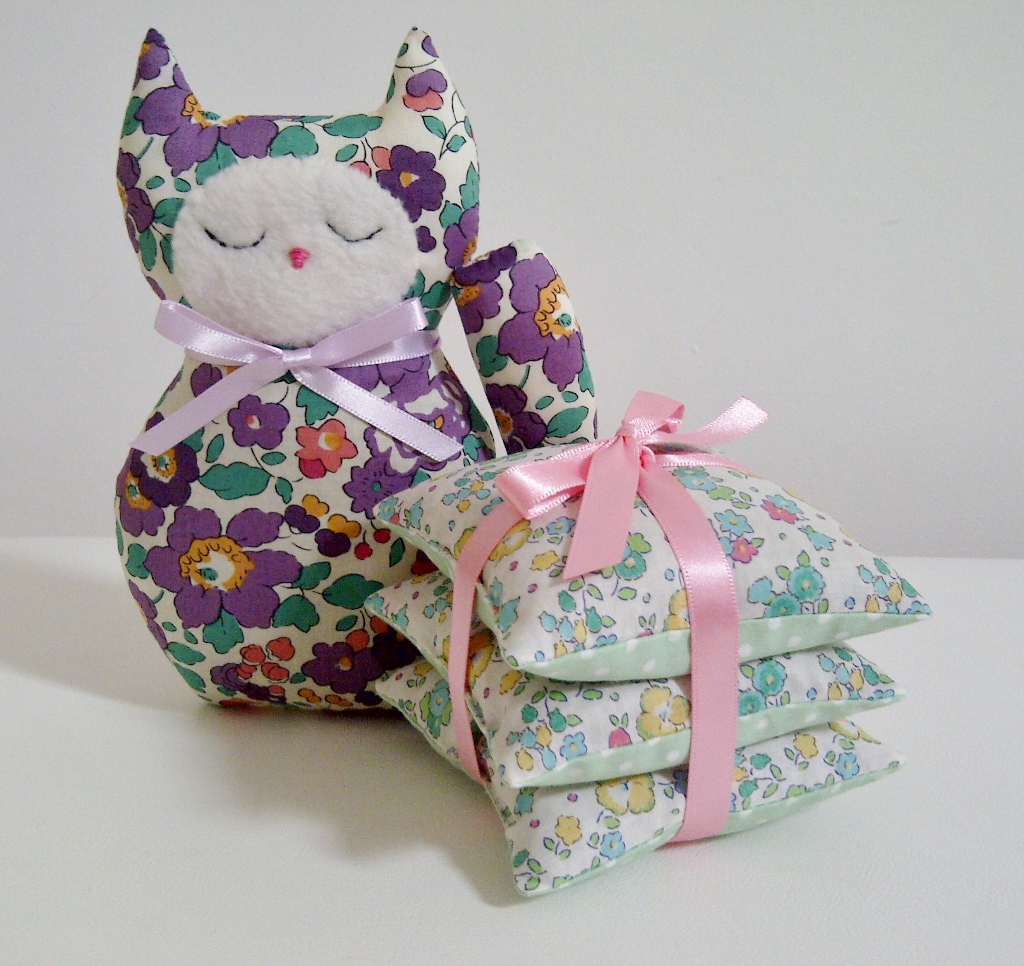